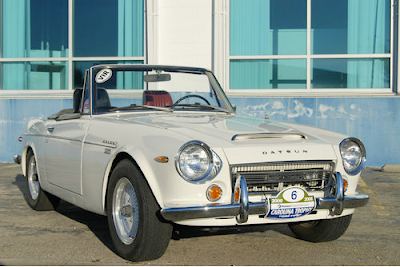 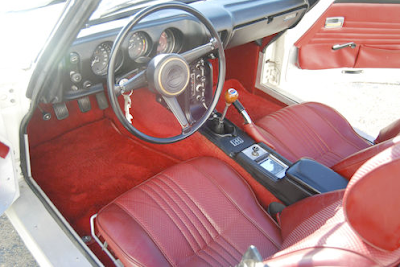 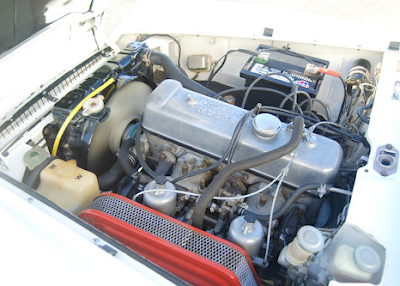 Not quite as unique as the early 1600s with the fast cam but still a beautiful and appreciating roadster.  The wheels don’t look good to me on this car, too modern for the design and year, but I do love the color combination.

On eBay in Gulf Breeze, Florida with a reserve and bidding starting at $200.

“This is my 1969 Datsun 2000 Roadster that I purchased in 2005. An older frame off restoration that is in very good cosmetic and mechanical condition. It is completely stock other that the wheels shown. I have enjoyed it but drive it so infrequently now it isn’t fair to the car. Last I really drove the car other that a long trip around the block monthly was in the Carolina Trophy rally of 2008 held in the mountains of North and South Carolina…what a great time. We were lucky enough to place 2nd in class behind a factory Austin Healy rally car. The car comes with a pretty good record book, especially since I have owned it, and the history is in a narrative that was written to me by one of the former owners. A great story!! Everything on the car works and is in sound mechanical condition other than 2 items and they work. First the temp gauge in the cluster does not work and hasn’t since I have owned the car but is monitored by an auxiliary gauge below the ignition switch. The convertible top I have put up once before I went on the rally. It works and is in pretty good shape but you would probably need to do a little adjusting to the windshield strike claps. I had a tonneau cover made and that is all I’ve used so as you can tell it doesn’t see rain. The milage listed is what is showing but I don’t have documentation that it is actual. It is a great car and I would not hesitate to drive it anywhere across the United States from my home on Pensacola Beach.“