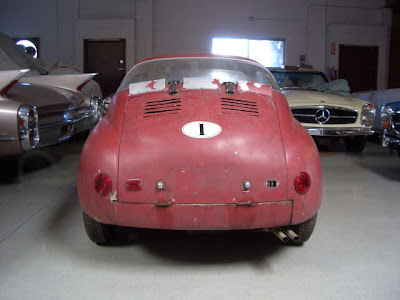 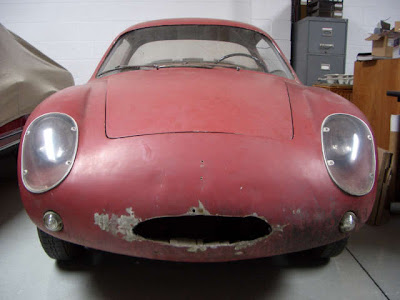 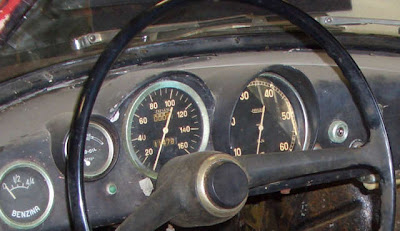 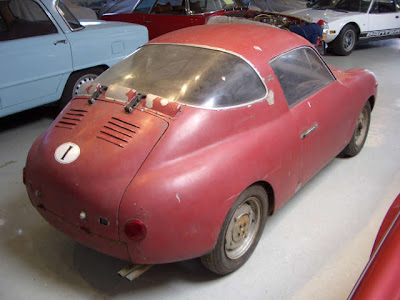 This is a stunning historically significant car that given the lack of pricing, I’m sure isn’t cheap.  Quarter million is my guess.  It doesn’t really fall into my “affordable opportunites” but it’s so cute and little you might hope it’s only worth $25K.  Check out the detail below.

Found on Motoring Investments located in San Diego.  They have a website from the 90’s so do bear with it when trying to locate the Abarth.

“Few cars can claim to have been the factory’s prototype, the salon or show car and a winning race car. This is one.

From what we can determine this is one of just 8 Abarth 500GT Zagatos produced.
More significantly, it is the actual prototype of this run of cars.

Prototipo – There are many features that the prototype had that the other seven cars did not. Some of them include:

Most of these items can be easily seen.
If one digs a bit deeper the other items are apparent. The factory modified the prototype while they were coming up with the final design for the production run. The outlet scoops were deleted and the indicator lights were moved from under the headlight covers. When an interior panel is removed one can see where the scoops were closed up. In the front trunk, plates are held by nuts on the original studs that held the indicator lights in order to cover the holes.

Race car – After it finally left the care of the factory on April 26th 1958 it won its first race the very next day at the hands of its first private owner, Luigi Argenti from Bologna. This was the II Coppa San Marino – Rimini (hillclimb) on April 27, 1958. This information was provided by John deBoer who maintains “The Italian Car Registry”. He describes the car as #110* 003907. This number can be seen on the floor of the front trunk just ahead of the windshield wiper motor (I cleaned this area with solvent to expose the number.) We are pretty sure it was raced as well by the factory as it is shown in earlier photos at a race track

The Italian Car Registry also lists the following for this car:

From Abarth the man, the machines by: Luciano Greggio:

I imagine more history will be uncovered.

Photos of this car can be found in the following books and magazines:

Quattroruote, August 1958, page 84
Abarth by Braden and Schmidt, page 65 (car with the side scoops)
Abarth the man, the machines by Greggio, page 148 (Turin ’58 without the scoops)
FIAT 500 fuoriseri by Alessandro Sannia, pages 7, 8 and back cover”