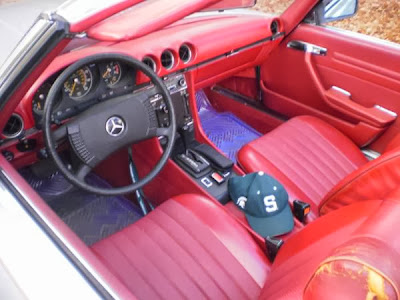 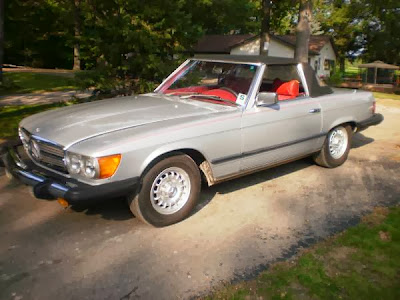 Look, I know they are big heavy German cars and this one is not winning any awards for having a State hat inside while being on Ann Arbor’s Craigslist.  But something about silver over red and tank-like cars built to last by German’s is appealing.

“The Mercedes-Benz 450 SL was produced from 1973 through 1980. The exterior is steel grey with red leather interior. Under the hood is an eight-cylinder, OHC engine capable of carrying the car to a top speed of over 120 mph and sprint from zero-to-sixty in just over ten seconds. The 450 SL has the larger 4520 cc eight-cylinder engine and comes with a convertible soft-top with a metal hard-top and storage rack. The car is completely original with 126400 miles, it’s equipped with the OEM Becker Mexico AM/FM Stereo cassette deck and still has the OEM first aid kit standard behind the passenger seat on the storage deck. The car is sporting a new battery and Michelin Harmony All Season radials and is always stored winters.”