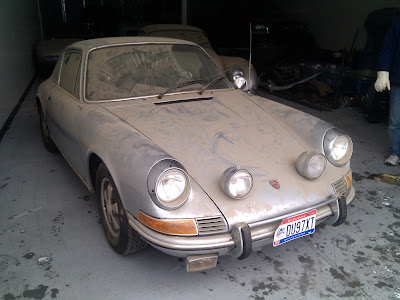 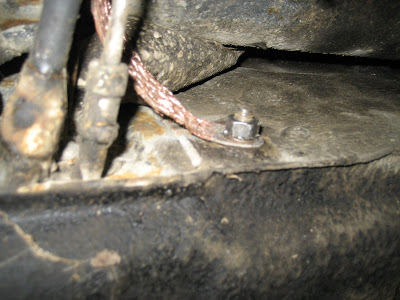 Herein lies a new weekly segment that will focus on my restoration projects, Restoration Wednesday.   The current one was my storage unit find, a 1971 Porsche 911T.  It came from Ohio where it was sitting since 2004.  I bought it sight unseen, not even a picture, from the owner’s cousin who led me to them after I bought 914 parts from him.  I found the 914 parts on you guessed it, Craigslist.  Two months and two weeks of sleepless nights, I simply showed up with a trailer on the prearranged day, handed over the cash and drove home.

Everything that you would expect to be wrong was.  It turned over but had no spark which was what I was told.  Upon my visual inspection I saw rust in doors and other places but pans and jack points were solid, interior icky, dash cracked, clutch stuck, repainted poorly, gas tank full of varnish, chrome shot.  But there is an upside.  It’s a matching numbers car with Cibie rally lights and headlights, Hella fog lights and the seats are ok.

To start the project, I pulled the batteries and threw them on the charger.  One worked, one didn’t.  After buying a new Dekka battery, made it the USA for my German car, I cleaned all contacts and grounds around the batts and turned the key.  Lights worked but not the blinkers, the fuel pump sounded like a wounded cow and I didn’t hear the hum of the Bosch CDI unit.  The second picture you see is after jacking up the car and cleaning the transmission ground.  We now have spark and the blinkers work.  If there is one place to start with any electrical problem, it is to make sure you have clean grounds.