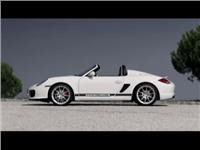 Bring along your favorite proper height-to-weight ratio friend when you want to drag race the ol’ Boxster S, the new Spyder shed 176 pounds while gaining 10 horses up to 320hp.  In fact, you could actually bring along a slight chubber.

Porsche AG is introducing a new top version of the Porsche Boxster, a light mid-engined roadster, which will make its world debut at the Los Angeles Motor Show in December this year. Weighing just 1,275 kg or 2,811 lb, the Boxster Spyder is the lightest model through-out the entire range of Porsche cars. The new model is entering the market in February 2010 as the third version in the Boxster range, joining the Boxster and Boxster S. 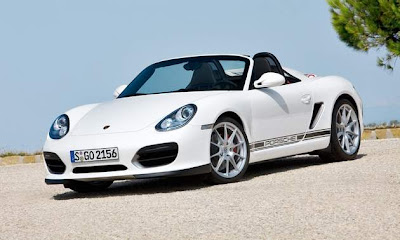