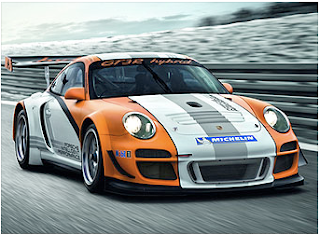 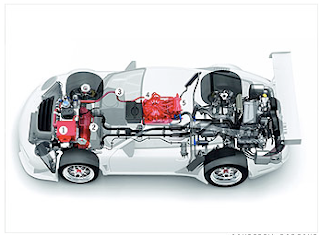 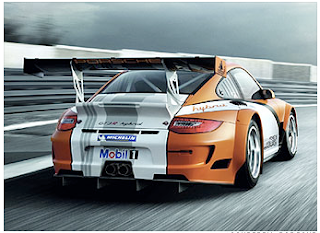 In the GT3 R Hybrid, two electric motors power the front wheels while a gasoline engine drives the rear wheels. The GT3 R Hybrid has no batteries, which would add too much weight. Instead, energy is stored using a flywheel generator that can spin at up to 40,000 rpm. Power is sent to the flywheel generator during braking and that power is available for six to eight seconds following each charge. When the driver wants the extra boost — as much 160 horsepower — from the electric motors, he presses a button the steering wheel. That extra power comes in addition to the 480 horsepower produced by the GT3’s 4.0-liter six-cylinder engine. The extra boost can be useful in accelerating out of a turn or when passing another car.

While you won’t be able to park this car in your driveway anytime soon — it’s a racecar intended for LeMans endurance racing.