1979 Chevrolet Chevette – Groosh's Garage
Skip to Main Content
Over the holiday break there was a story in the paper about the demise of domestic small cars.  Strike that, the never-rise of the domestic small car market in the 60’s and 70’s.  To have a demise you first have to rise.  And in the wake of the foreign entry level car dumping coupled with gas crisis that happened on our shores, the Big Three never recovered.
They tried to introduce cars to compete like the Gremlin, Pinto, Vega and our featured car this morning, the Chevette.  But most of these cars were shortened versions of large cars.  They were never designed from the ground up to be econo-boxes like their competition so performance, fuel economy, handling and overall being sprite-and-tight suffered.  American manufacturers are still trying to recover from the sting 40 years later.  Although I will say the Ford Focus has done the job, finally.
To relive a piece of historical insignificance, you can bid on this car in Madison, Wisconsin which starts at $595 bucks. 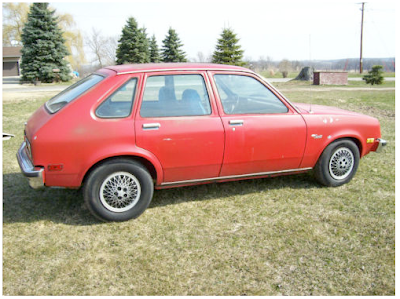 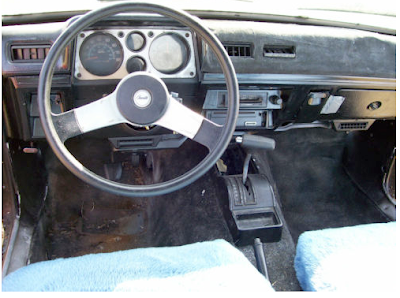