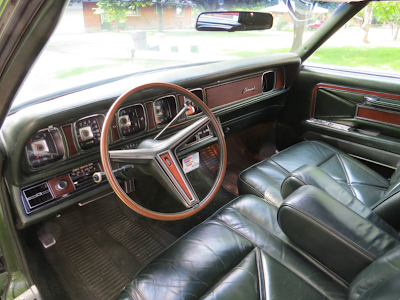 On the one weekend I attempted to sell in my driveway I had descriptive words used such as “choice”, “beautiful”, and “one of a kind…”

Is he talking about that schlong of a steering wheel?  Well said then.

Texas car inherited from Uncle then moved to Dayton, Ohio.  Said to have one repaint but 36,839 miles.  On eBay for the optimistic starting bid of $15,000.