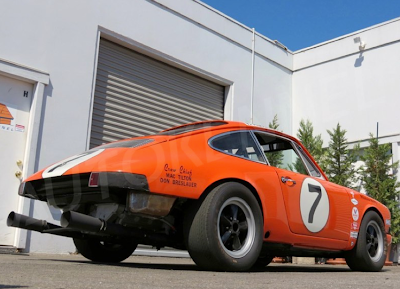 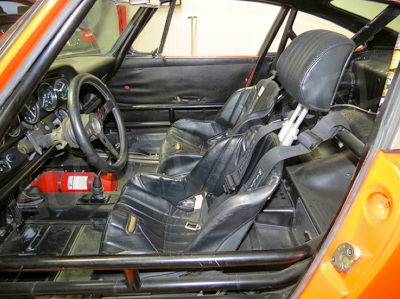 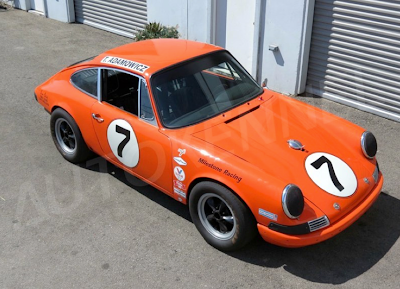 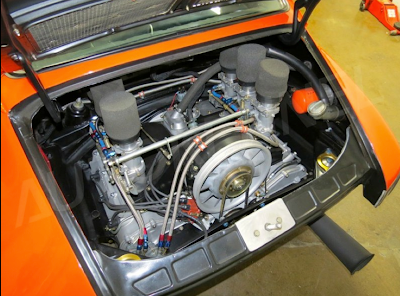 Rennsport Reunion…The Rolex Monterey Historic Races…Bobby Rahal’s Legends of Motorsports…how would you like to not just attend as a spectator, but be on the inside circle and drive at these events.  Better yet, imagine having the 1968 Trans Am and Formula 5000 Champion Tony Adamowicz driving your car at these events with you.  Well, it takes the right car and connections to make this happen and lately, it also requires you to write a check north of half a million dollars just to get started.  I get excited about this car not just because of the great history it represents but the fact that the dream of driving at these premier vintage races is a reality that is truly within reach.

This is not just another “clone” that is slapped together and painted with some recognizable vintage race livery.  This car is a true recreation and tribute to the near impossible feat that the Milestone Racing team accomplished during the 1968 Trans Am season.  Competing against factory cars and premier drivers, this small private team managed to win 6 out of 10 races during that season with two 2nd place finishes giving them the championship title for driver and constructor.  They caught the attention of everyone on pit lane including Mark Donahue, Roger Penske, and even Huschke von Hanstein (Porsche’s Racing Director).  The key members of this winning team were driver (and engineer) Tony Adamowicz, Mac Tilton, and Don Breslauer.  This group along with other original team members consulted with the builder, Marc Zurlinden, on this project.  The goal was to recreate the original car as close as possible (and as they could remember) while still making the car very competitive in the 2.0-liter class.
Mercedes, Porsche, and Audi have all recreated famous racecars of the past that were either destroyed or simply just faded back into the Earth.  This is not unusual as is the case with the No.7 1968 Trans Am winning Porsche.  This car slipped away into obscurity and was most likely destroyed.  However, to have the original team and driver ready to help bring the idea of this car back to life is another story.  To quote Tony A., “…Mac Tilton, Don Breslauer, and myself, and all the original crew of the Milestone Racing, have been involved in an entirely new project…Everyone involved has been working diligently to recreate the ole No.7 car to debut early in the 2007 vintage racing season.  Of course, this project in no way represents itself to be the restored original car but it will be authentic in everyway with endless lists of unique modifications that were made to the original are incorporated here, including the use of a 1968 912 chassis.”

No.7 was fondly referred to by its team members as the “Junkyard Dog.”  Not only because of its unique appearance on the track with its removed rear bumper, but also because they found the donor Porsche 912 at the last minute in a New York City impound yard.

I’ve followed Paul Kramer’s creations since living in California and visiting his shop.  They are always well done with great attention to detail.  This one is no exception.