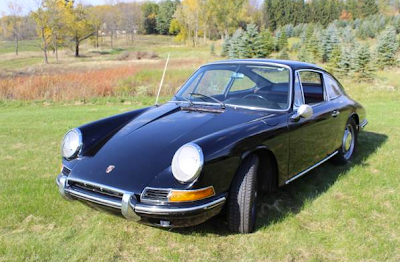 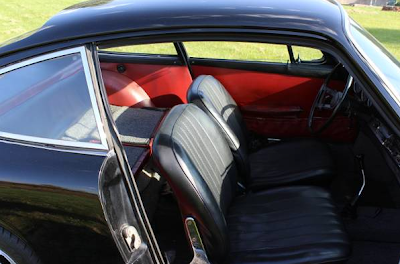 My buddy (a Porsche collector driving up five hours from Ohio) looked at the car today and was sorry he wasted his time.  Rocker panels, driver side torsion tube, floors all had through rust.  The motor was a glob of oil and in need of a rebuild. The 12 year old repaint showed poor sanding on filler/skim coat, not orange peel but actual texture from crappy prep.  The override bumper bar is attached with only one screw per side and has been pivoting into the trunk.  The seats have no cushion for the pushin’, clearly worn out from the Playboy bunnies.  The list goes on.

Pretty in pictures is no match for reality waiting.

He’s asking all the money on this one.  But true mileage, black and red with one owner for 30 years.  I think he’ll get pretty close.