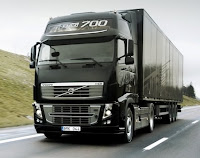 Thought I was going to be talking about a monster truck? This is about the world’s strongest truck, not the world’s smallest penis.

The first customer of the Volvo FH16 700 truck (check the website here), Tore Aase from Norway, has taken delivery of the first world’s most powerful truck in Tuve, outside Göteborg in Sweden, where the truck is built. The truck will be used in long-haul operations in the west of Norway, hauling equipment for the oil industry. The world’s most powerful truck, with 700 horsepower and a massive 3150 Nm of torque, is built for the most demanding haulage assignments, without increasing either its emissions or fuel consumption. [Source: Volvo]

Apparently, the world’s strongest truck gets the world’s most mundane interior. When you can make such a claim about a truck, you’d think the inside would match the outside and engine… not look like a mid-range Volvo. Check out the movie at the site for more. 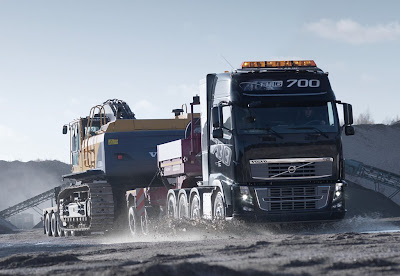