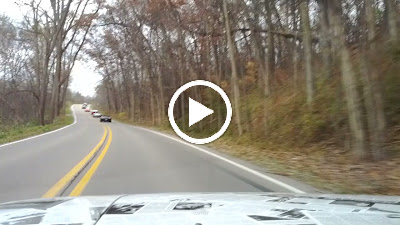 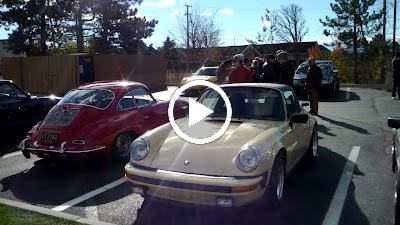 On Sunday I went with our local Porsche club on a stint through the mid-Michigan countryside.   It was the last drive of the season and originally started as a top down only, convertible polar bear drive but caught on to much more.  It was recently opened up to anyone and received the largest turn out yet.

I took “stickers” as you can see in the crappy last minute phone photos and video including where I thought I snapped a photo only to find I was rolling.  D’oh.  The drive was about an hour through some twisties, corn and cows ending up at the Common Grille in Chelsea.

And may I say, a Euro spec Porsche 928 with S intake and Ansa exhaust recently dialed in exceeded all my expectations of how this car would perform.  It moved out, pulled strong to the redline and handled well.  I was giving 80’s 911s pause.  Get ’em cheap while you can.