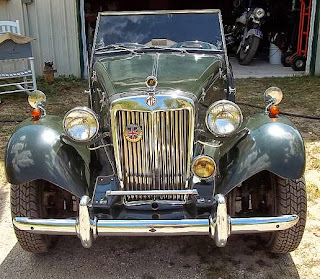 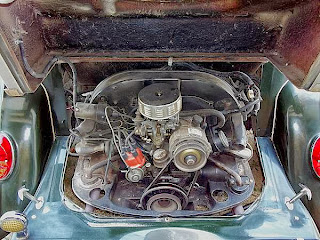 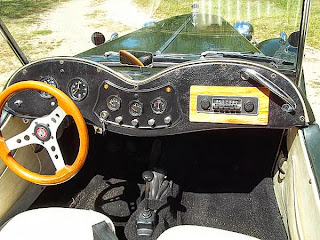 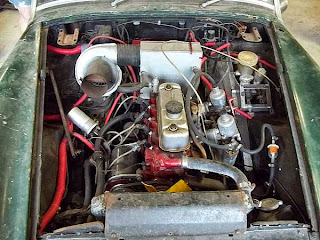 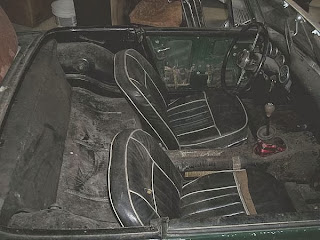 If you look at as bug and beater, it’s not a bad deal.  The Midget engine bay looks pretty tidy as does the interior.  All the chrome on the front end of the MG kit car would look good on the wall.
On Northern, Michigan Craigslist.
“I’m selling 2 cars for one money. First is a 1952 MG kit car. Was looked at and was told that the pictures don’t do this one justice. Better than it looks in the pictures. It runs perfect. Has only 27389 original miles on it. The husband took a year and a half taking it a part and rebuilding the engine, trans and rewiring the entire car. Also has new brakes, brake drums and tires. I found parts for it on line like the hubs, stickers, radio, emblems, tire bracket (which we purchased but have yet to put it on. You will get this) and a lot more. Its a little gem but I have to give it up. Gets 42 miles to the gal. Has a 71 VW Bug engine and under body. Cover is in good condition. Just put a brand new battery in it. It comes with one more new hub and the tire bracket. Very showy little thing. You’ll get a lot of looks with this one. Buy and Drive away with it. The next one you’ll get with this deal is a 1968 MG midget. The engine is running and has some work done on the trans. Brakes need to be replaced so I wouldn’t drive it. Started to play with it a little but just don’t have the time for it now. It’s about 95% all there. Under body is solid. Very little rust. Carpet is out so you can see that’s it’s solid. Original spoke rims, good shape. The body was started but needs more………..Play in one and work on the other…..Or keep one and sell one…..You get a deal either way…….Both have clear titles………..The kit car alone was valued at well over $6500.00….. $5900.00 Cash ONLY takes them both”